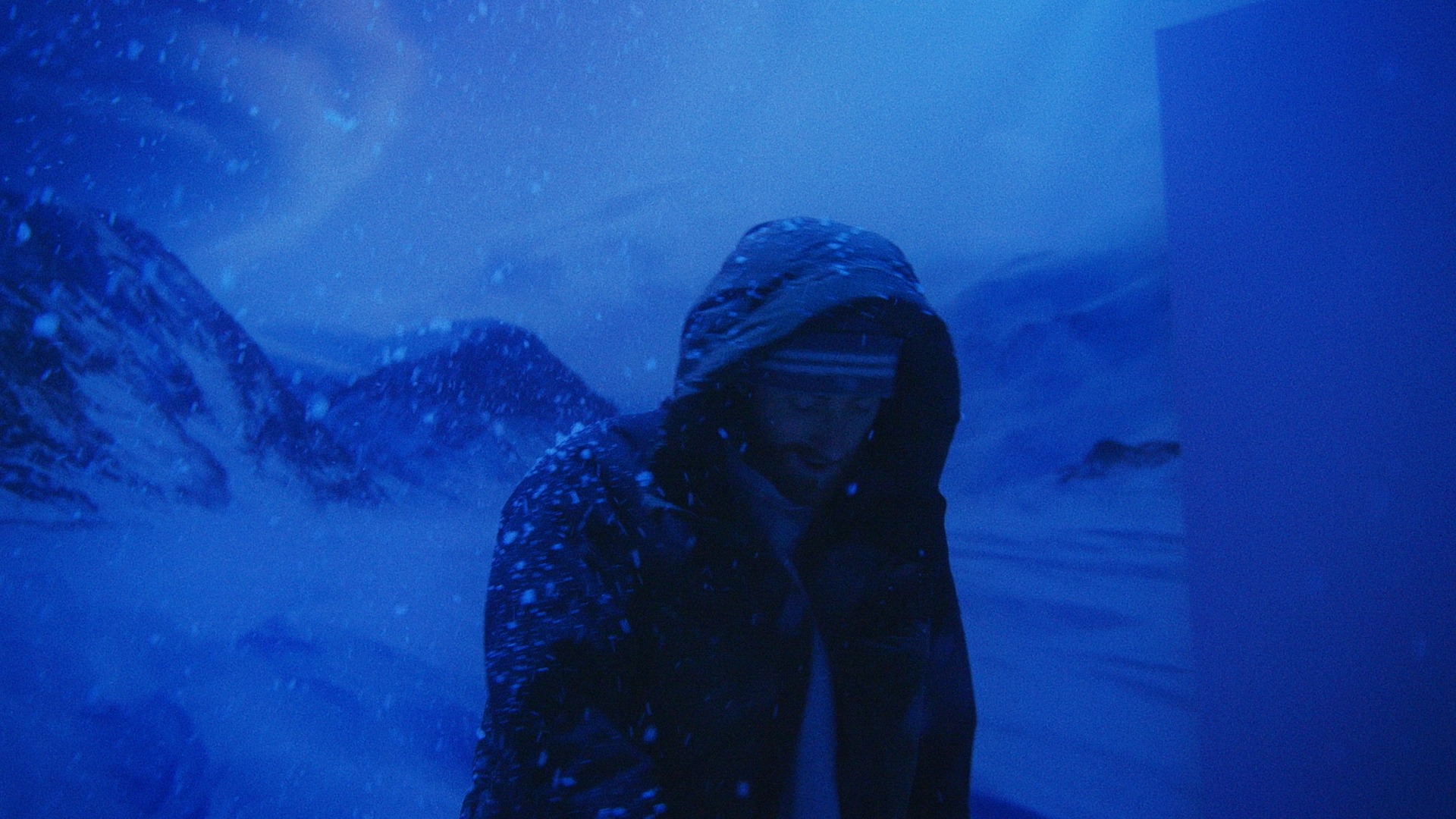 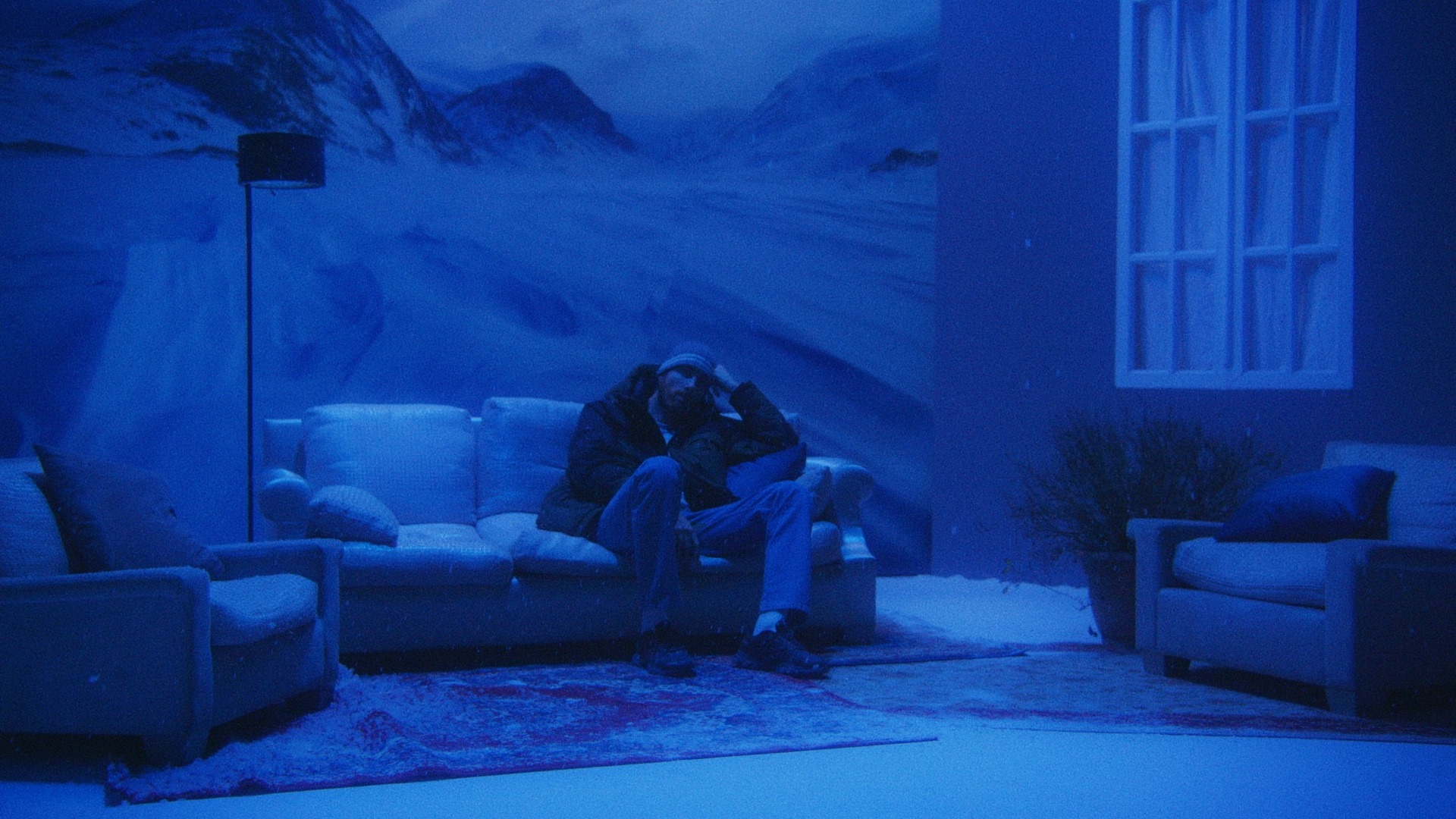 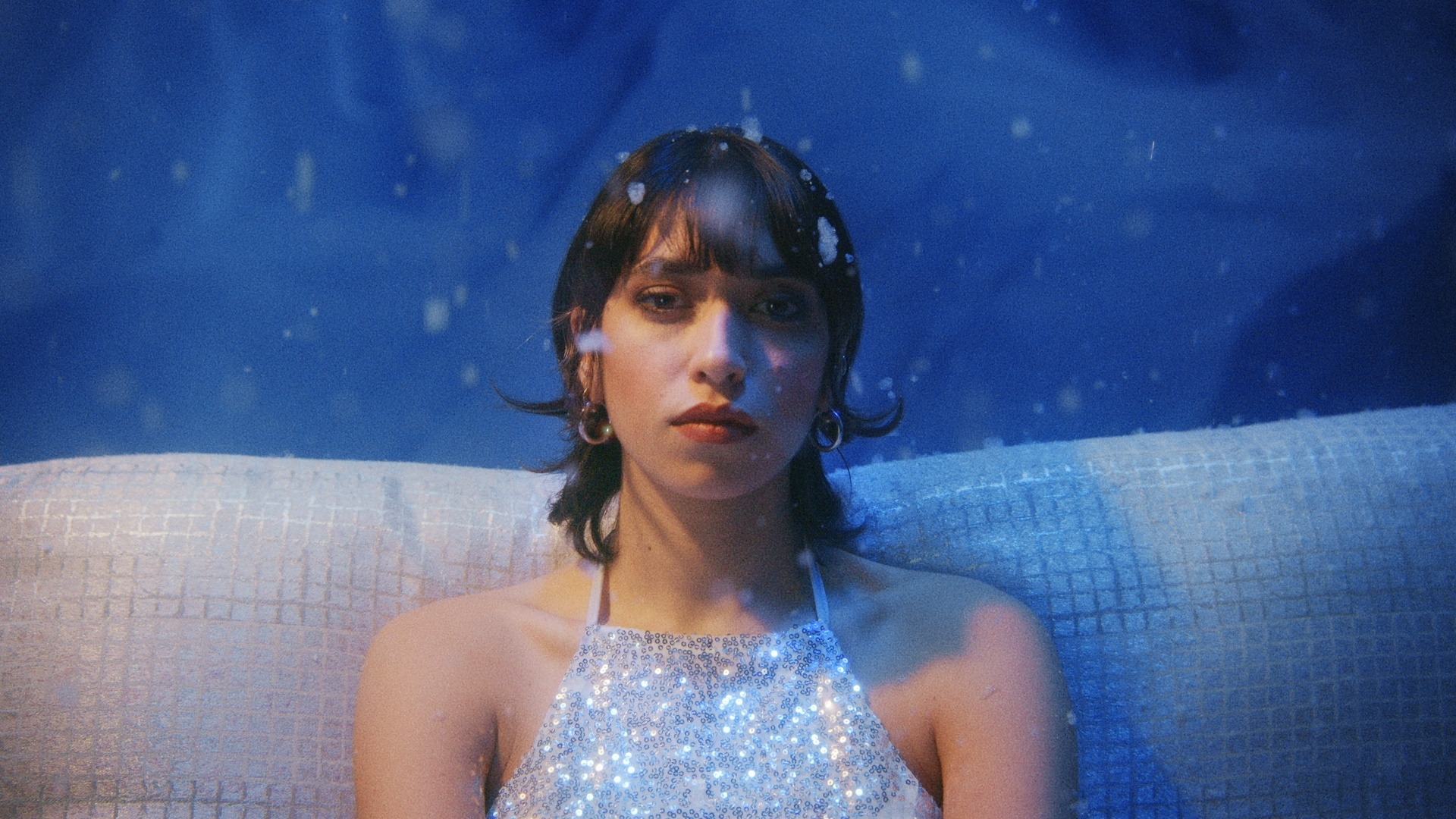 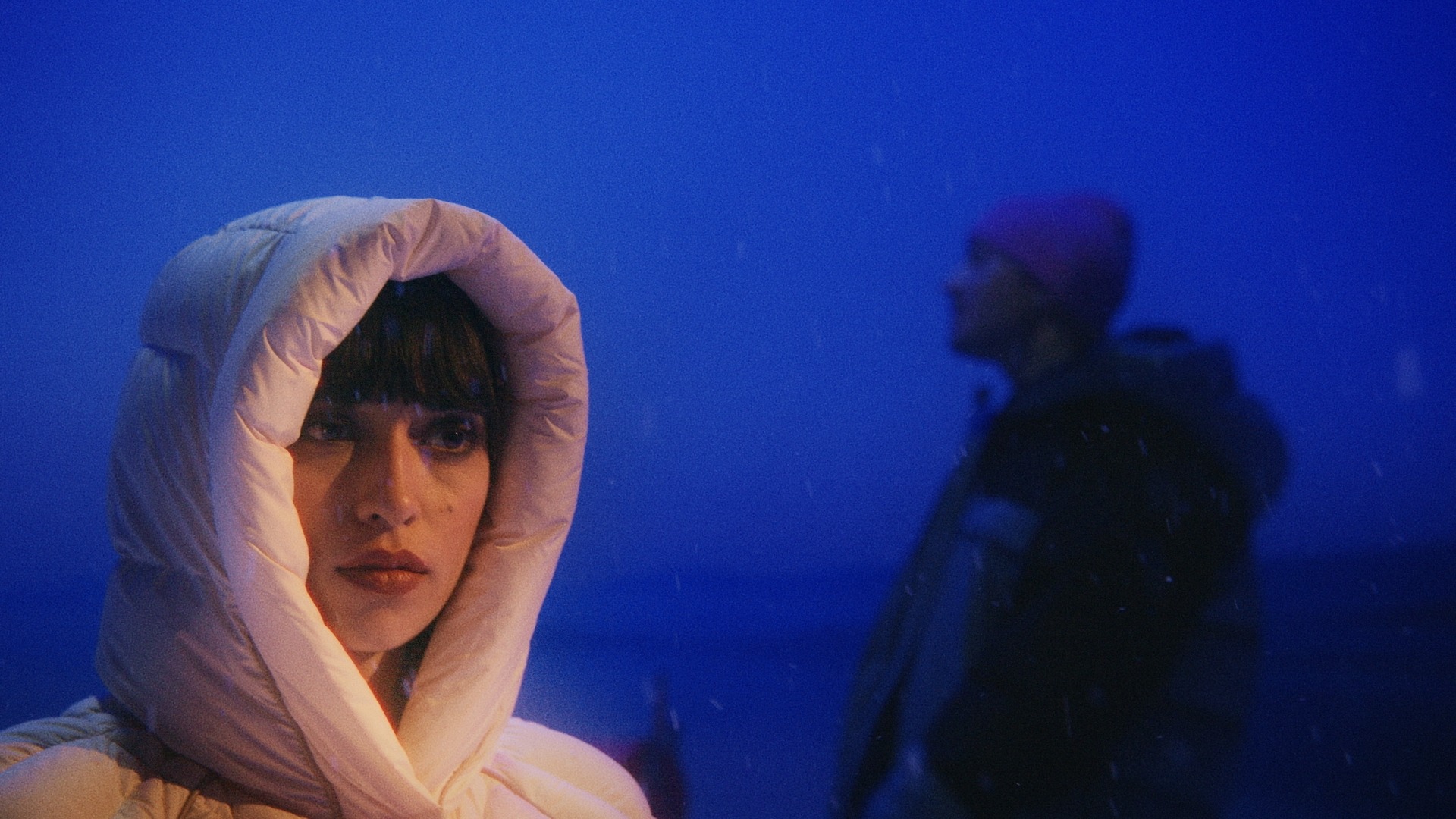 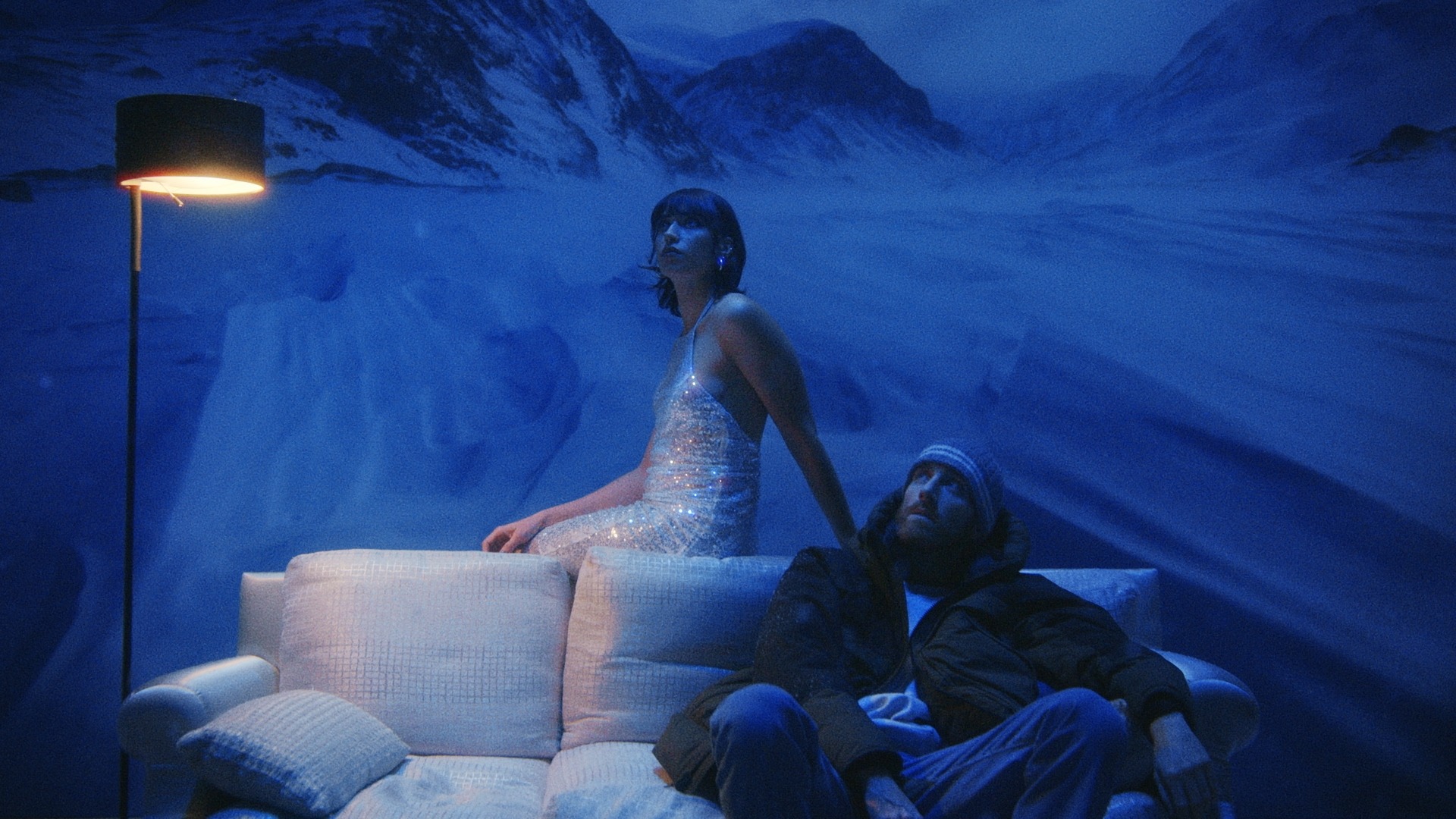 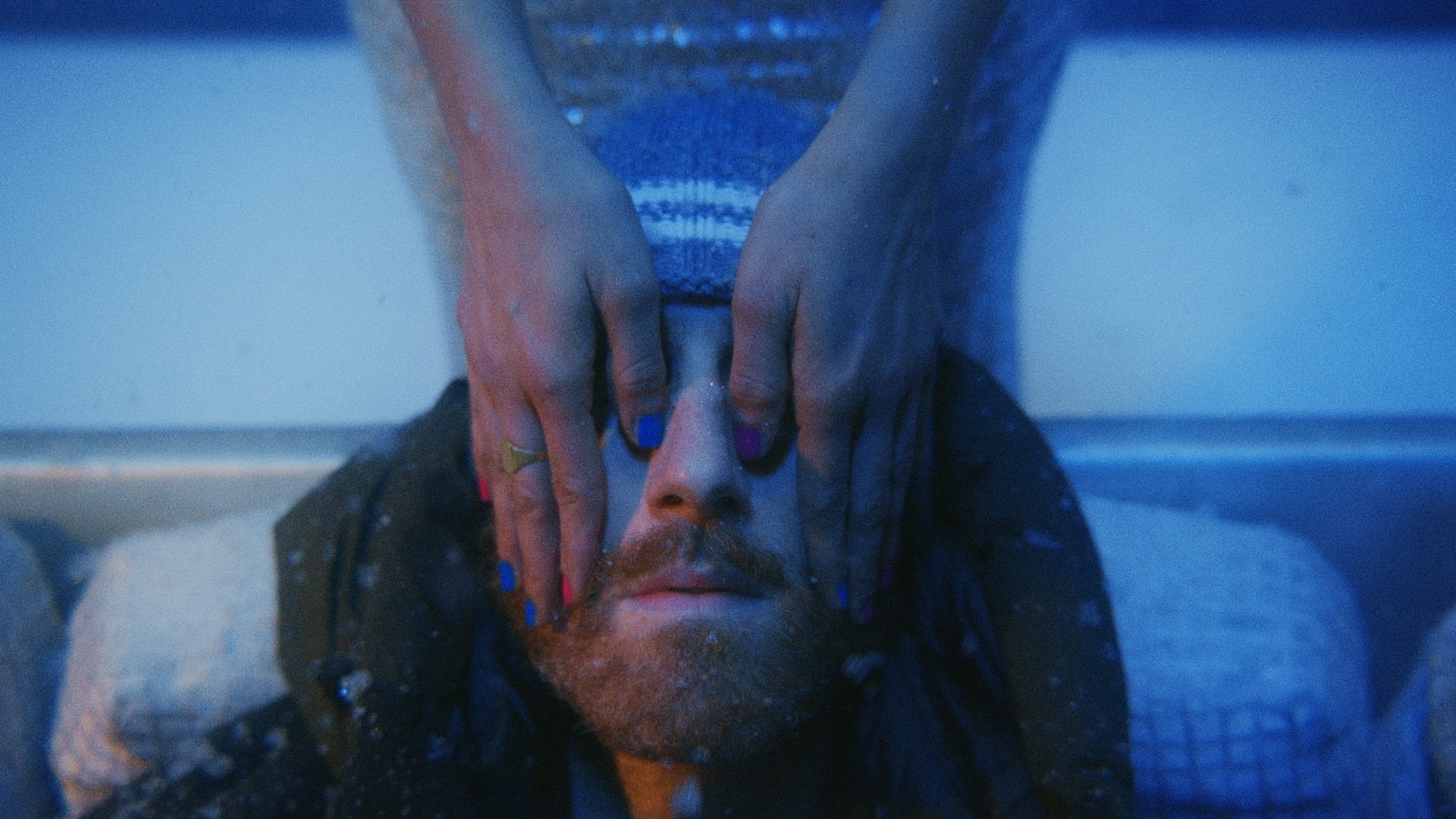 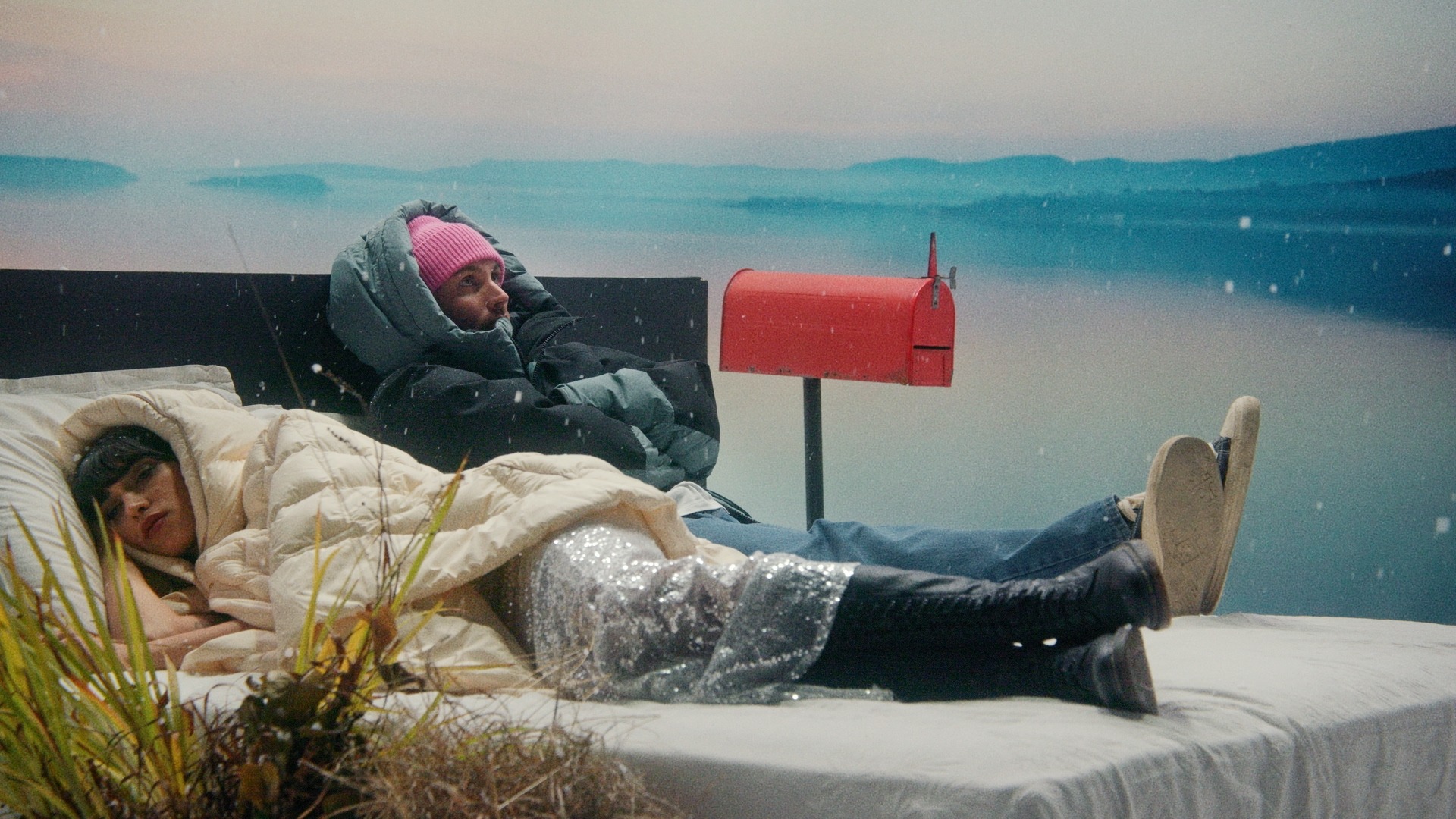 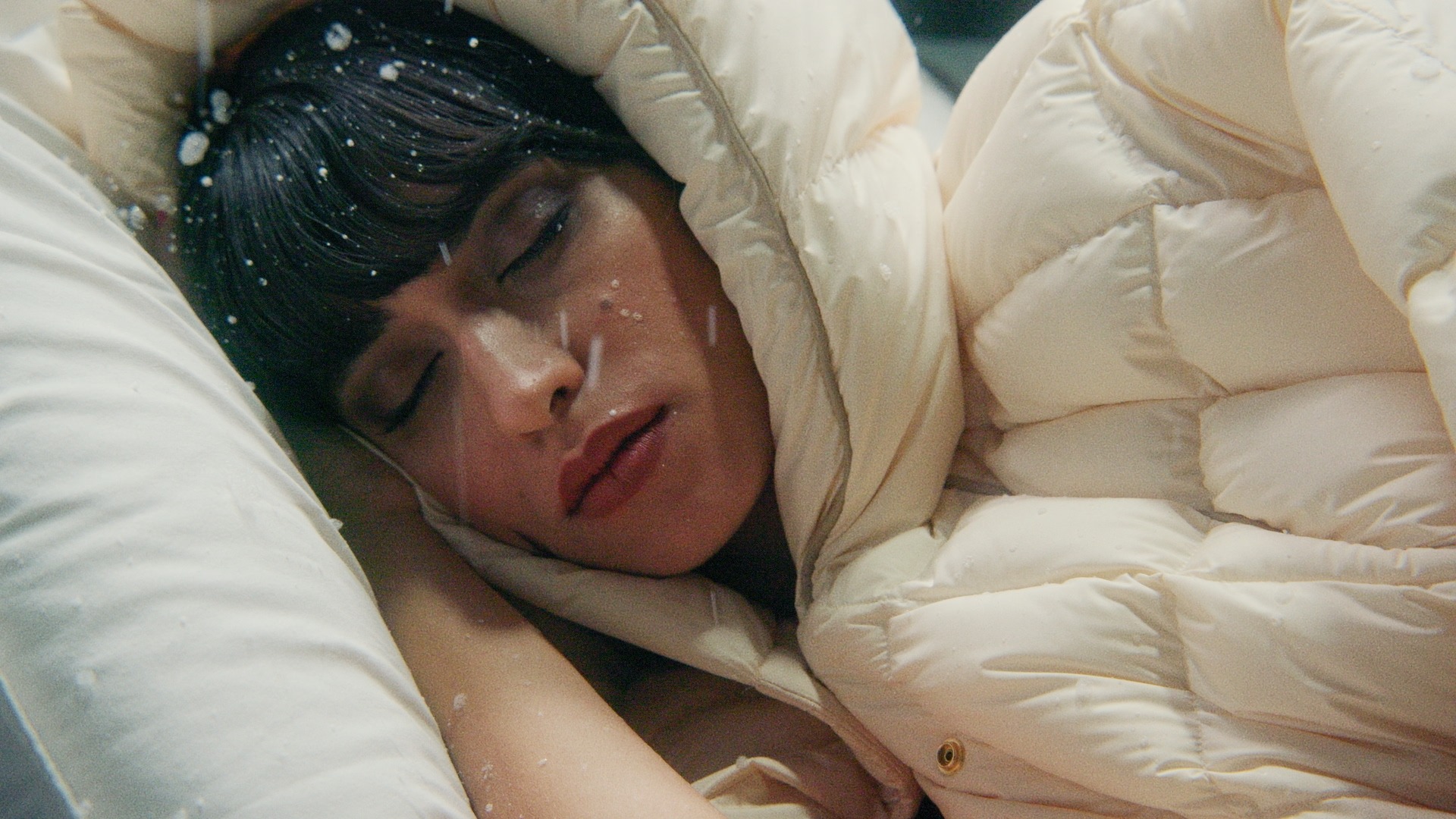 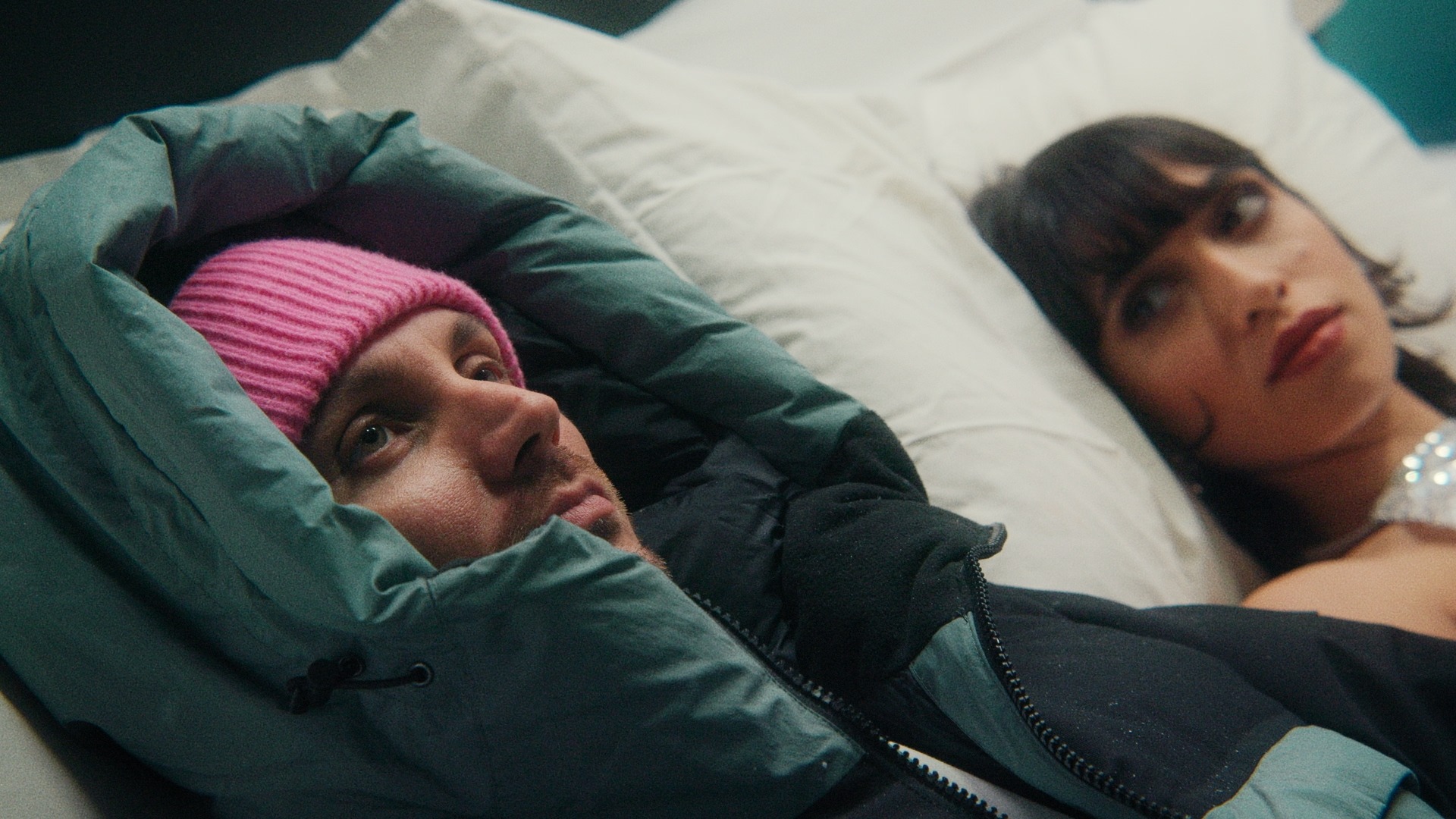 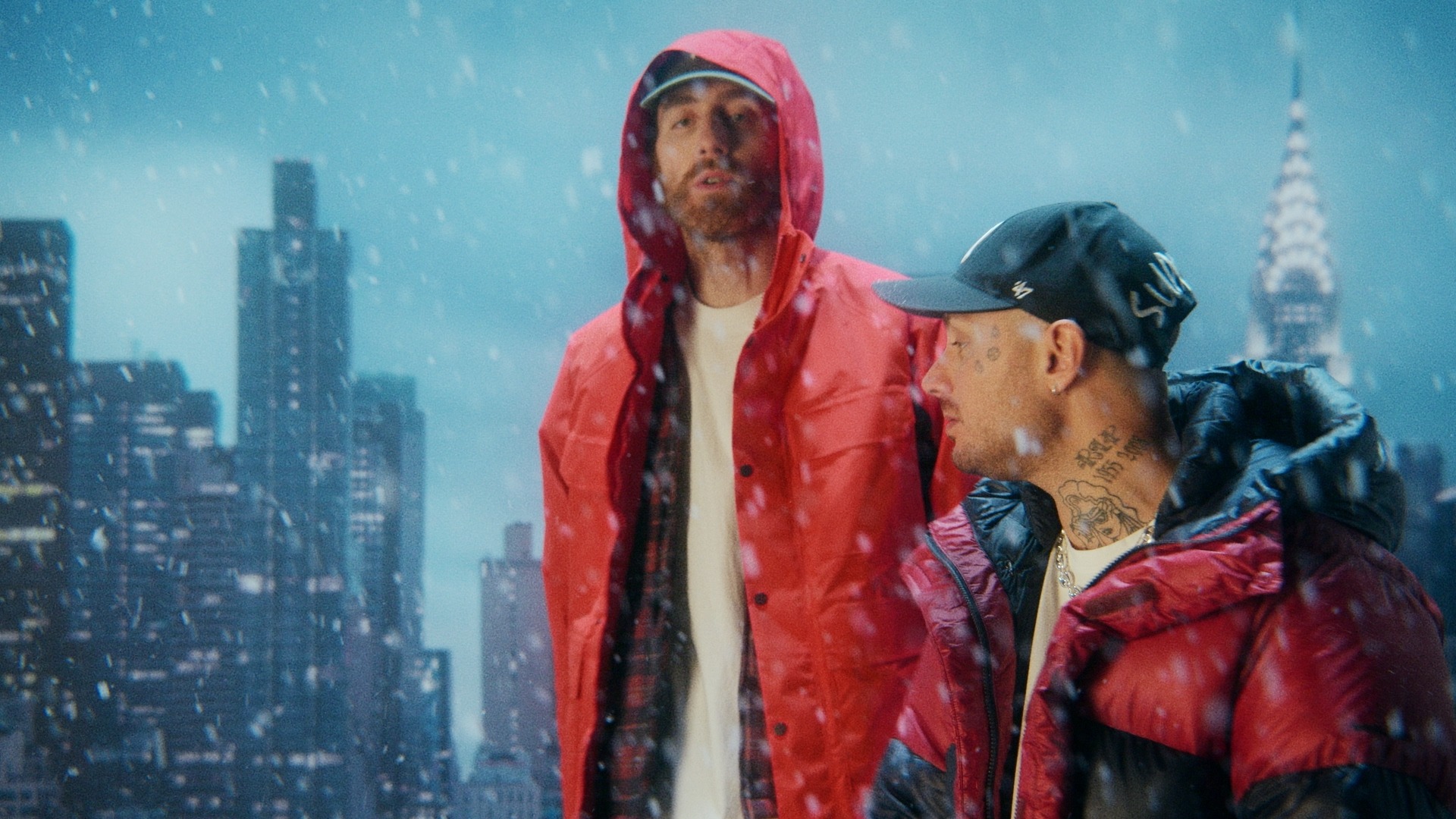 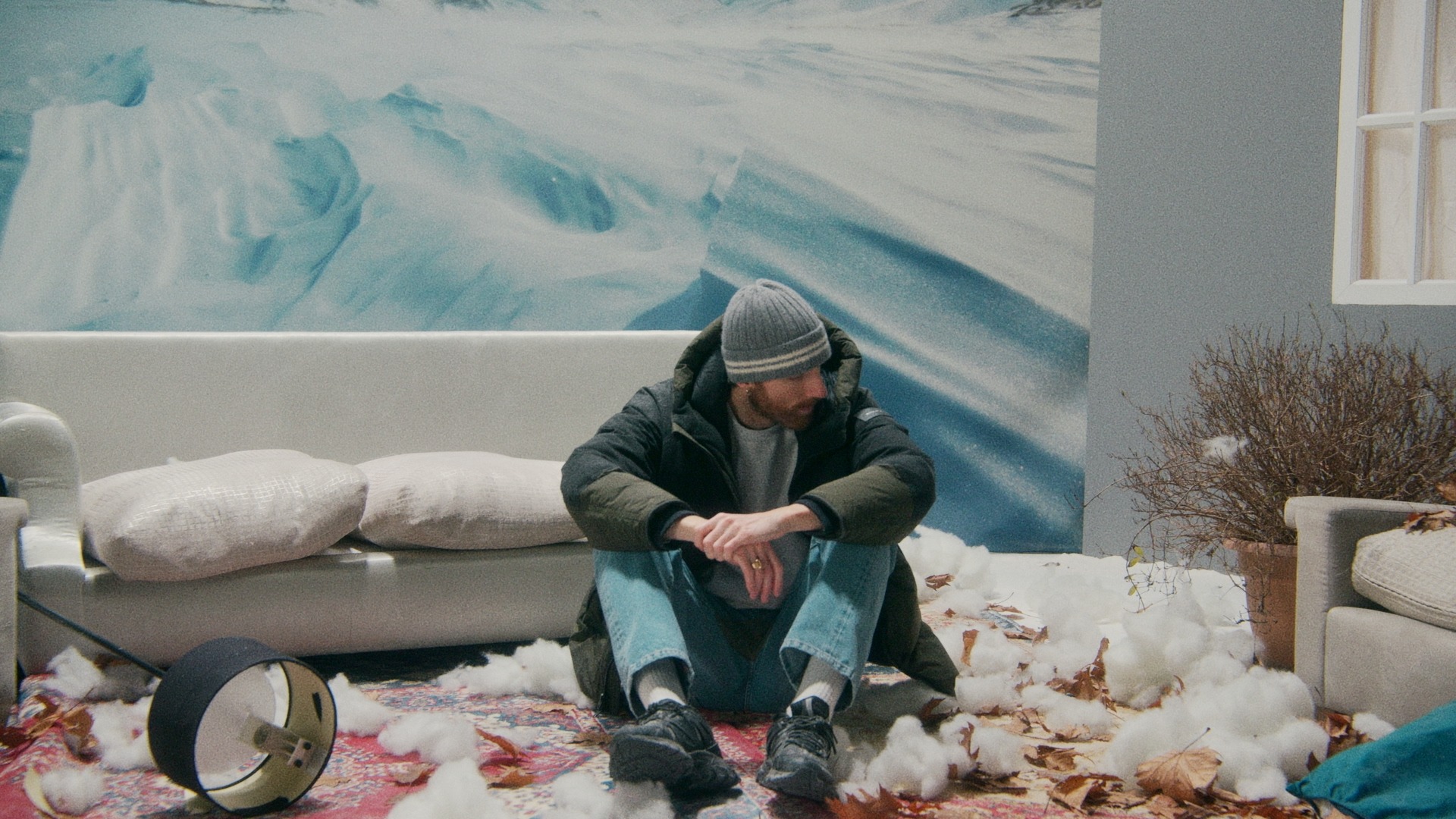 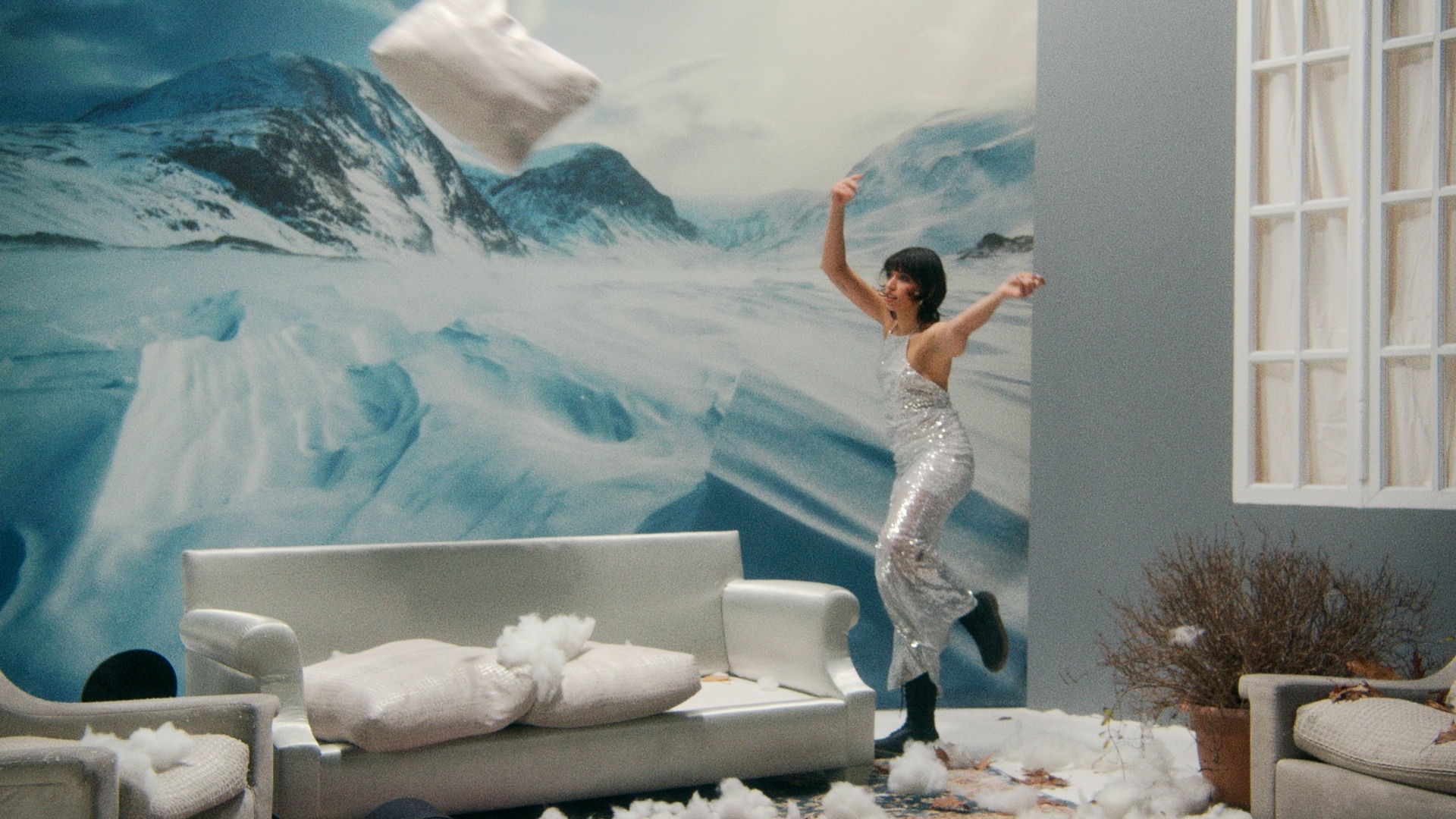 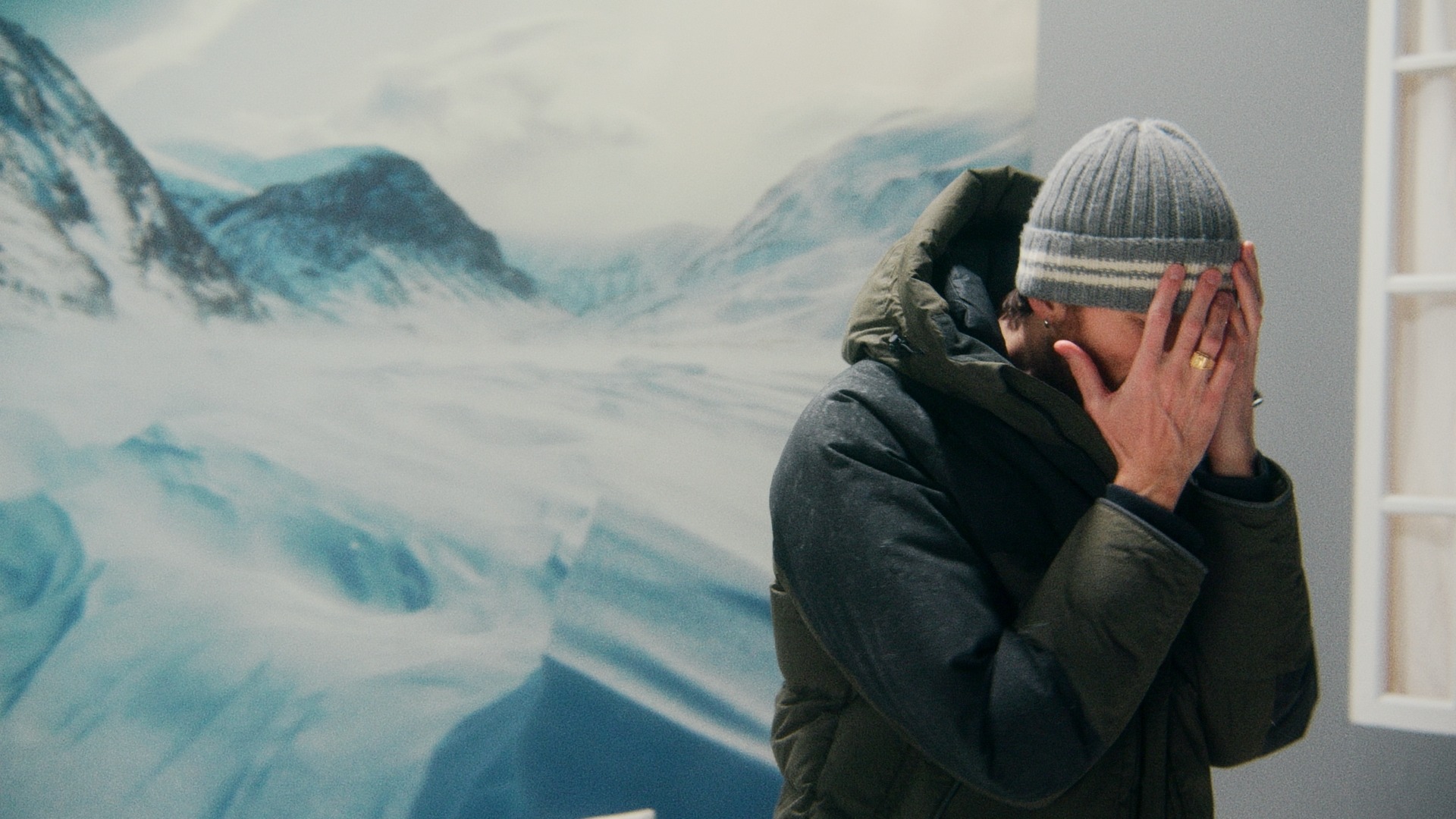 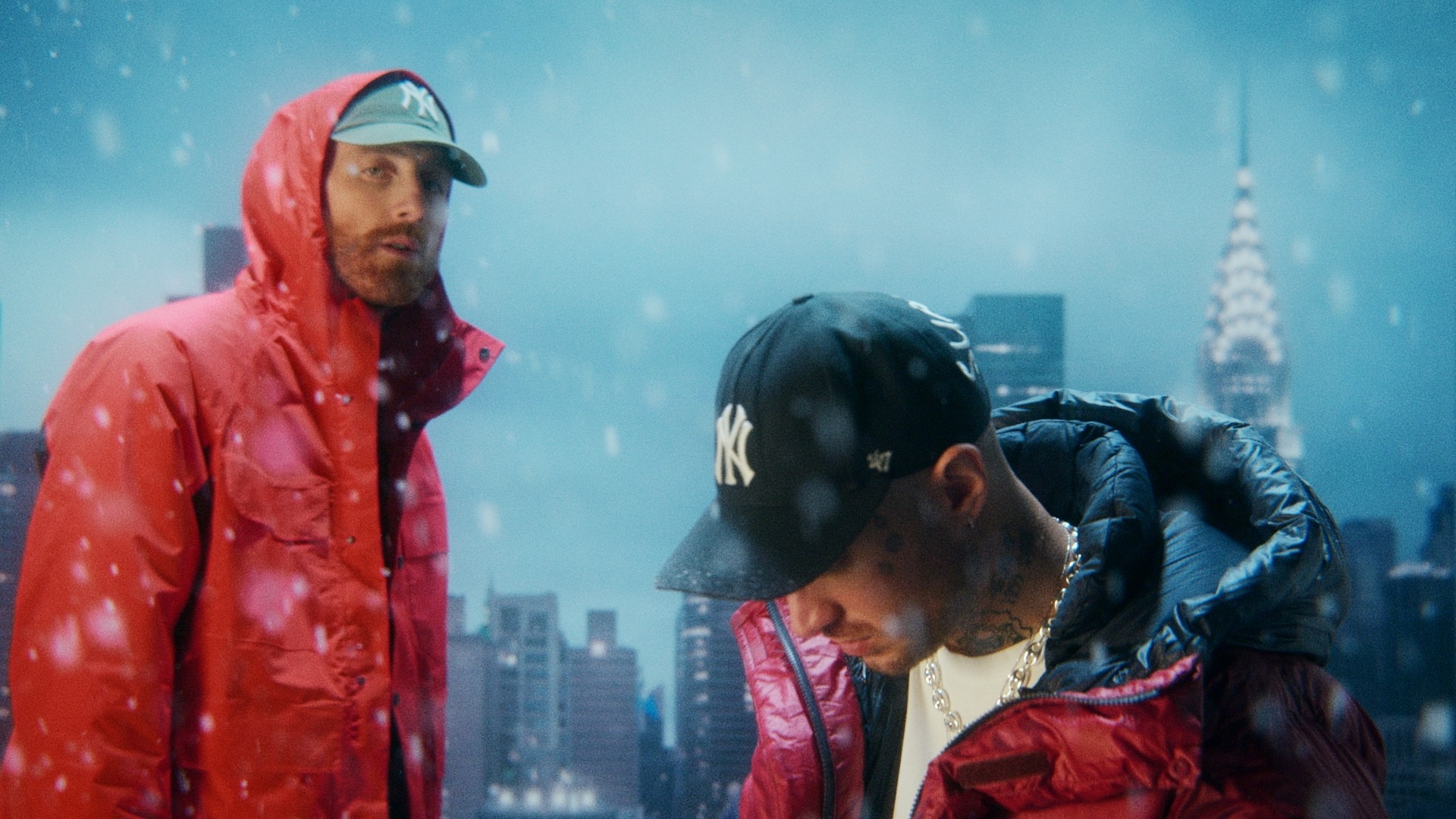 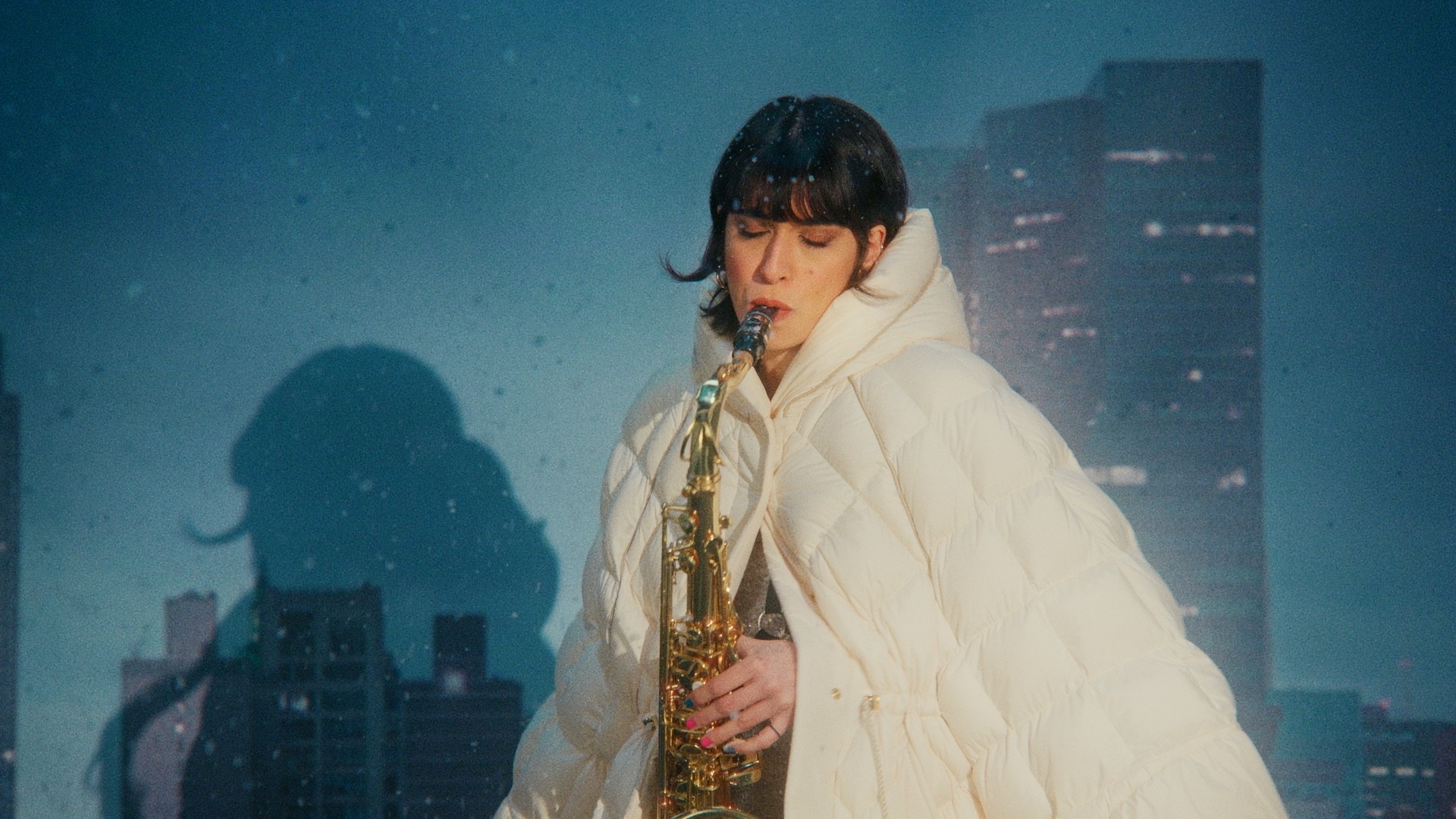 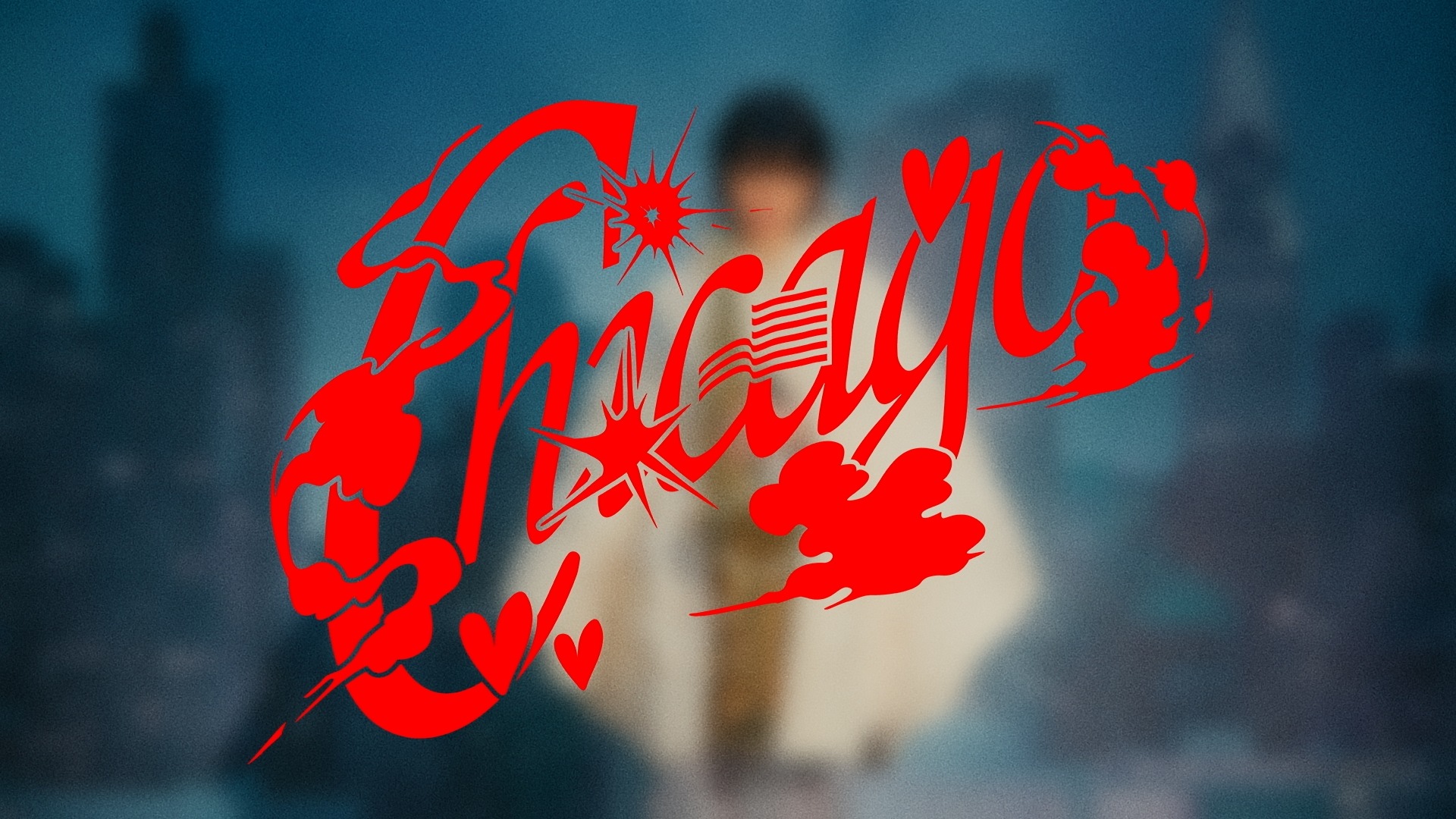 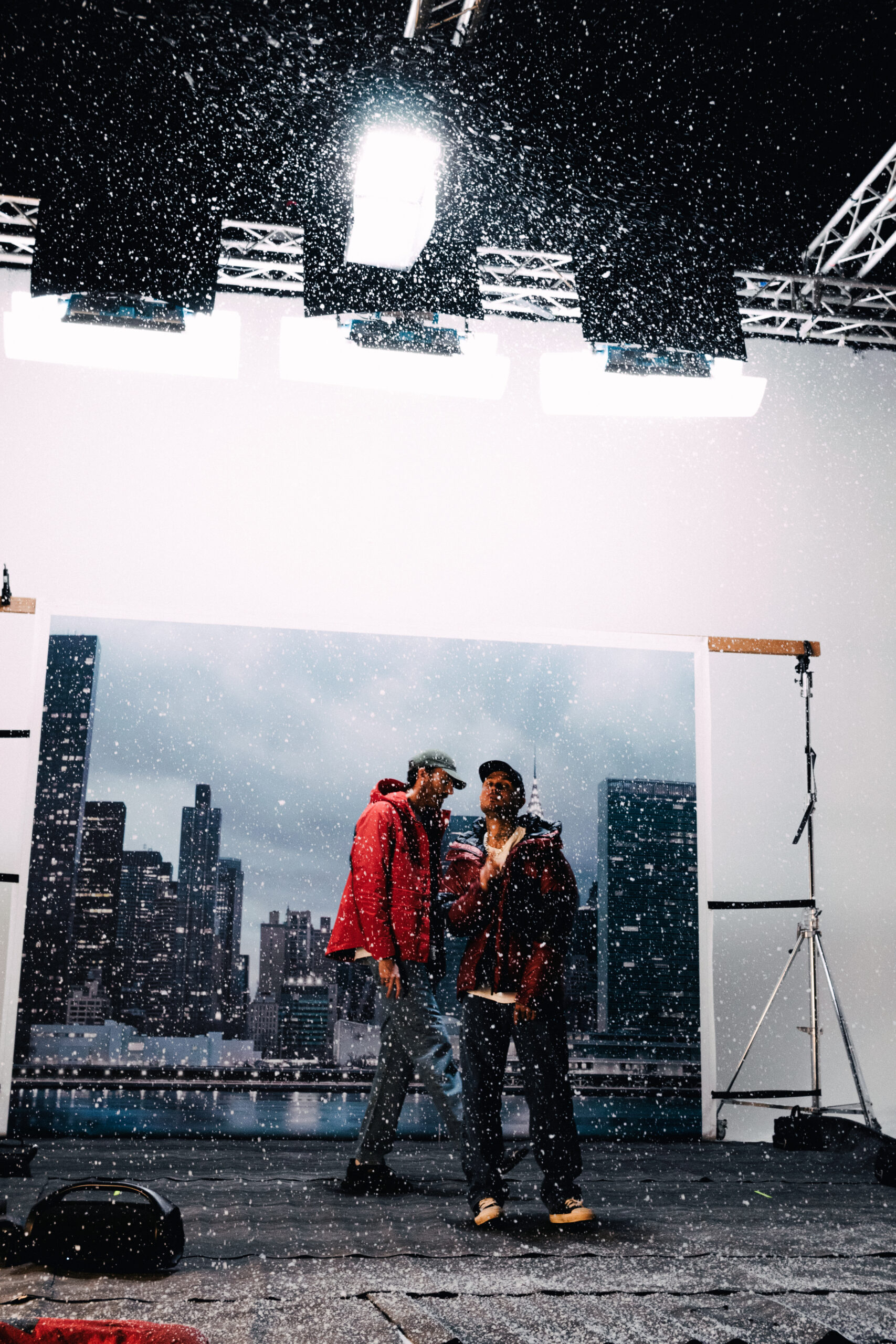 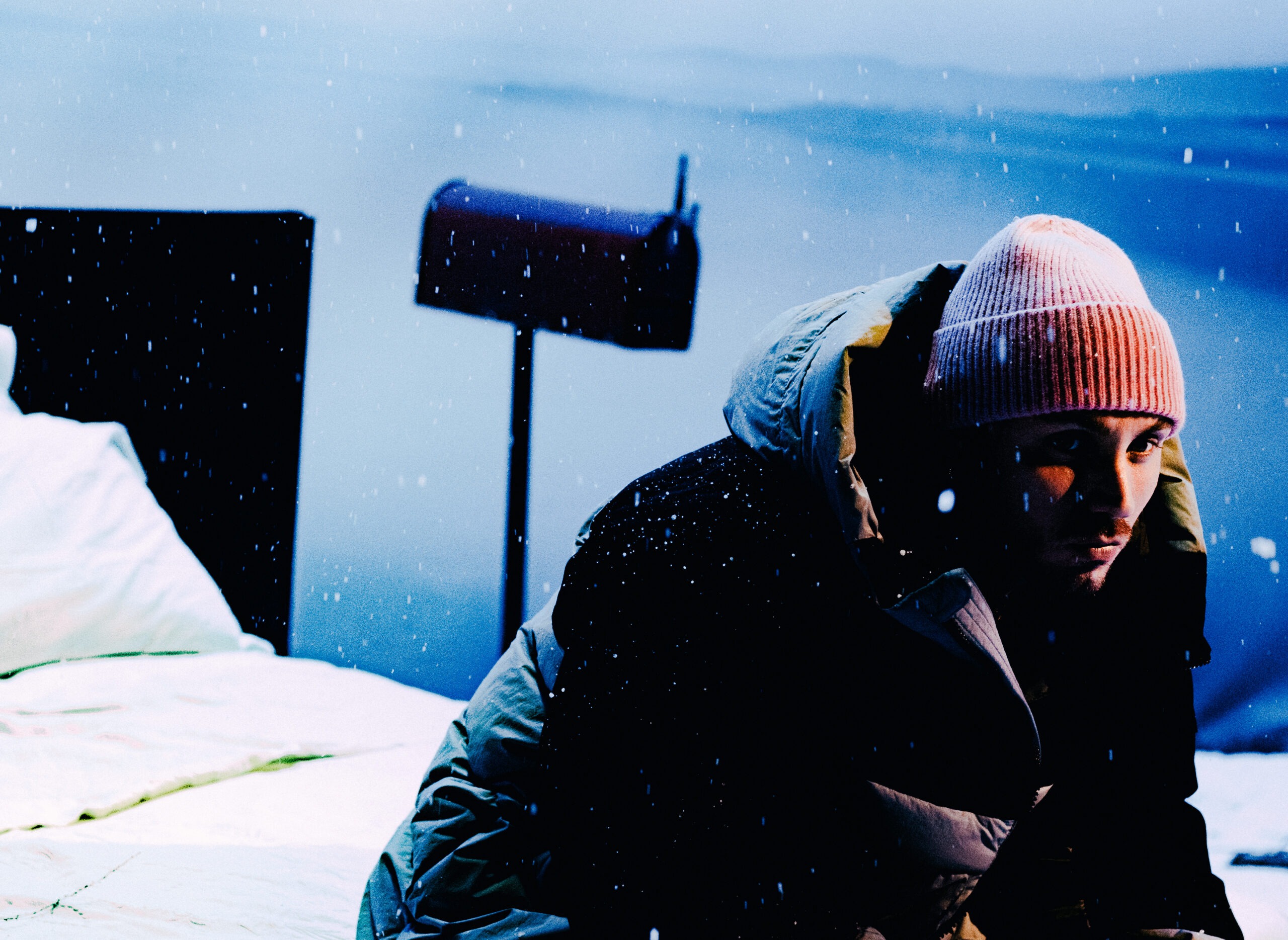 INTRODUCTION:
Taking inspiration from 'Eternal sunshine of the spotless mind' and some parts of the text, we will have our protagonists Mecna and CoCo who will interact with a girl (the music) retracing a stormy period between romantic moments, quarrels, moments of closeness and loss / loneliness. All represented by a storm that will gradually become more and more intense until the girl disappears. There will be no chronological order, everything will be interspersed with the playback of the two artists. It will close with a more calm and warm scene to represent the reunion of both with music, in front of a sunset that will mark the end of the storm.
Given the '' freezing '' climate, subjects will have the opportunity to wear heavy jackets and garments like the iconic ones by Woolrich.
The idea is to shoot mainly everything in the studio, apart from Woolrich's room, where a series of backdrops and small props will represent an idealized and very graphic situation. Without telling a story in a too didactic way but instead working with strong and impactful images, keeping a romantic and dreamy mood.

SUBJECT:
In a snowy room, between mirrors and white birch trees, two figures stand still, wearing two Woolrich jackets. In a living room without walls Mecna sings in front of a girl, around it is dark, few objects decorate the room, a sofa, a bedside table and a warm lamp (the only source of light) behind him a stormy sea. CoCo is in a bedroom, around the same darkness as the living room. Sitting at the edge of a double bed on the ground in the snow and a small fence, the same girl looks at him curiously, behind him a cold beach. They both lose the girl during the storm. All alternating between the environments, with the protagonists singing. Once the weather has passed, the two find themselves in front of the City of Chicago, with a great sunset behind them, the winter is over, the girl (the music) plays the saxophone, they had never really lost it, the two admire it and leave satisfied with their journey. 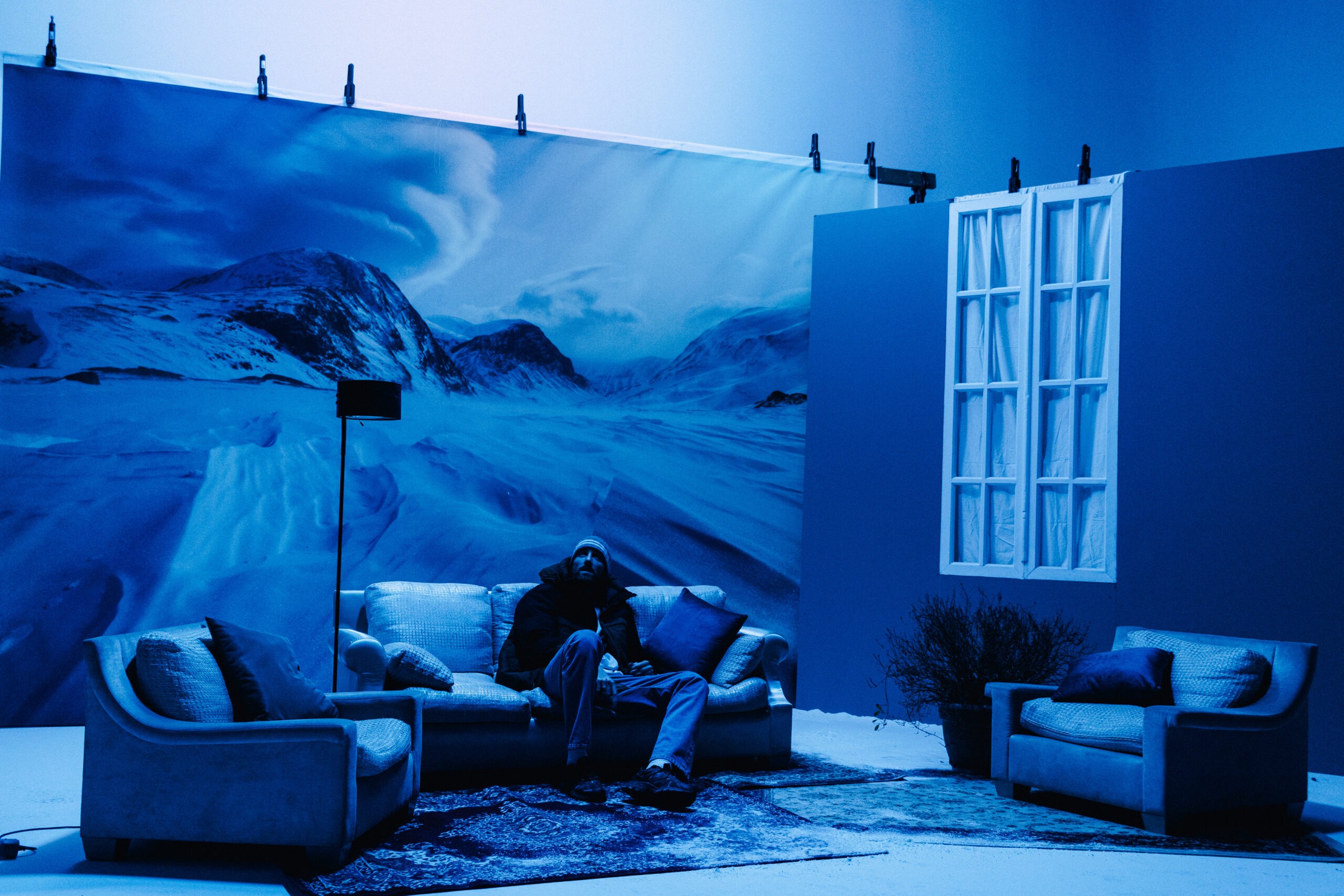 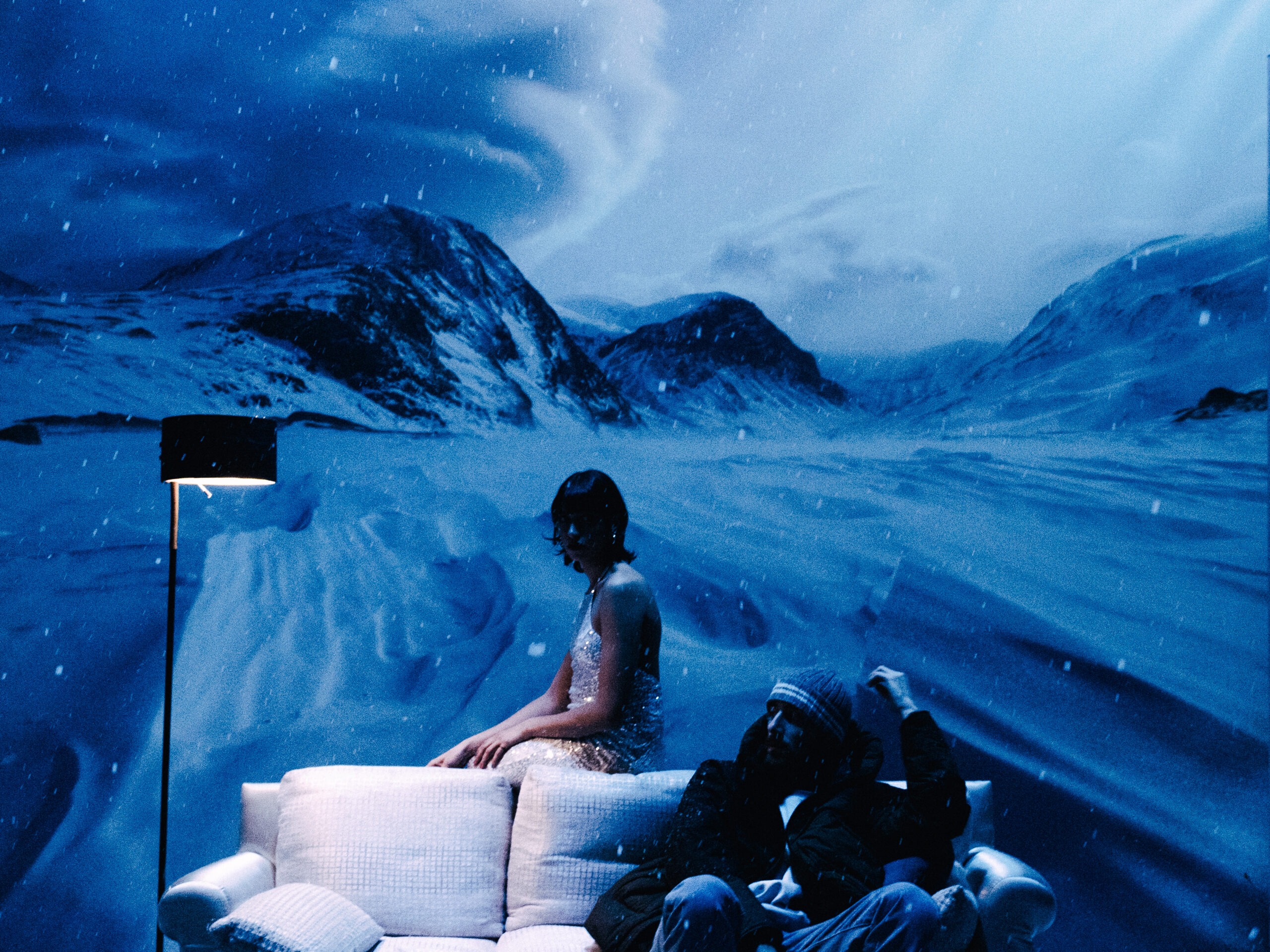 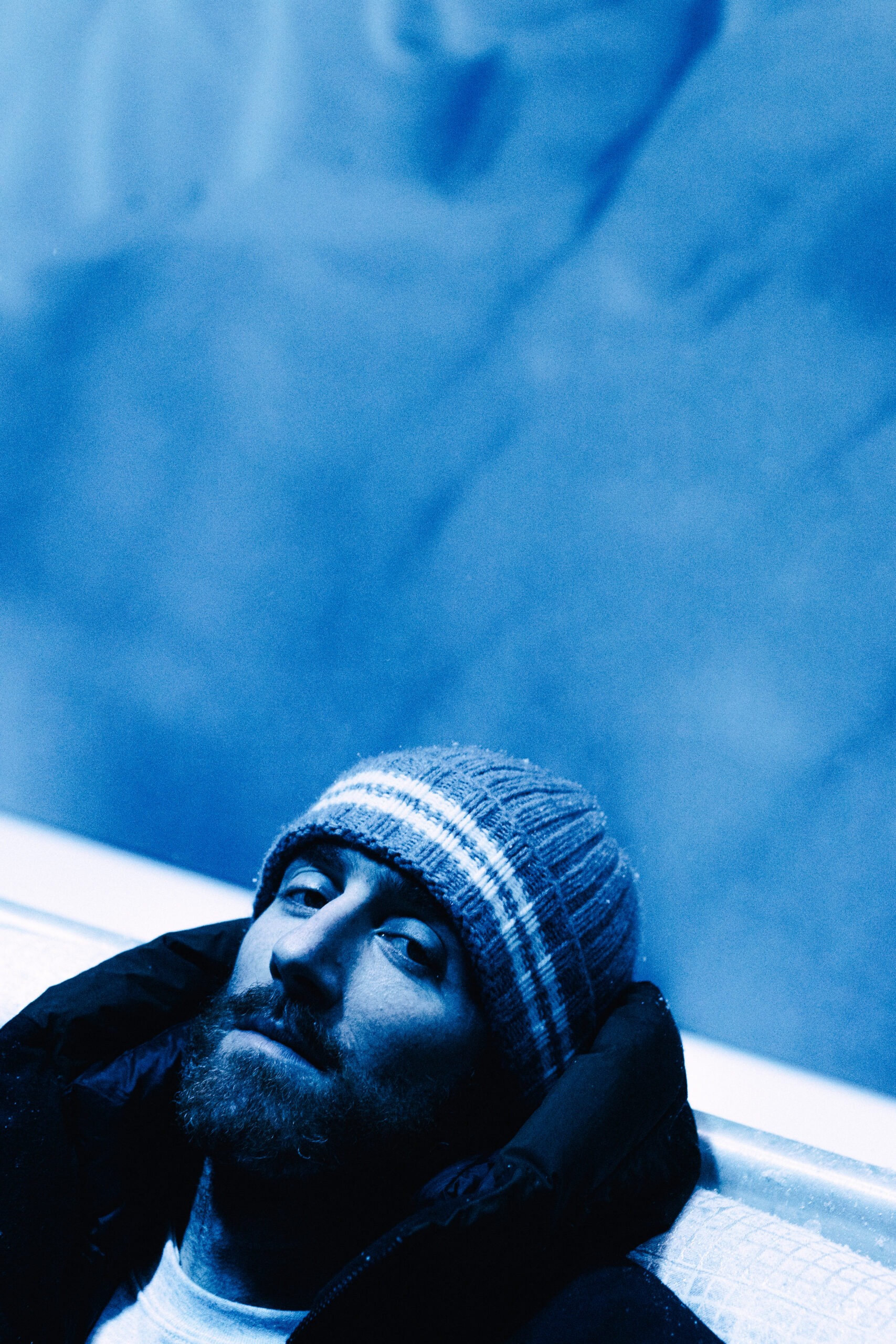 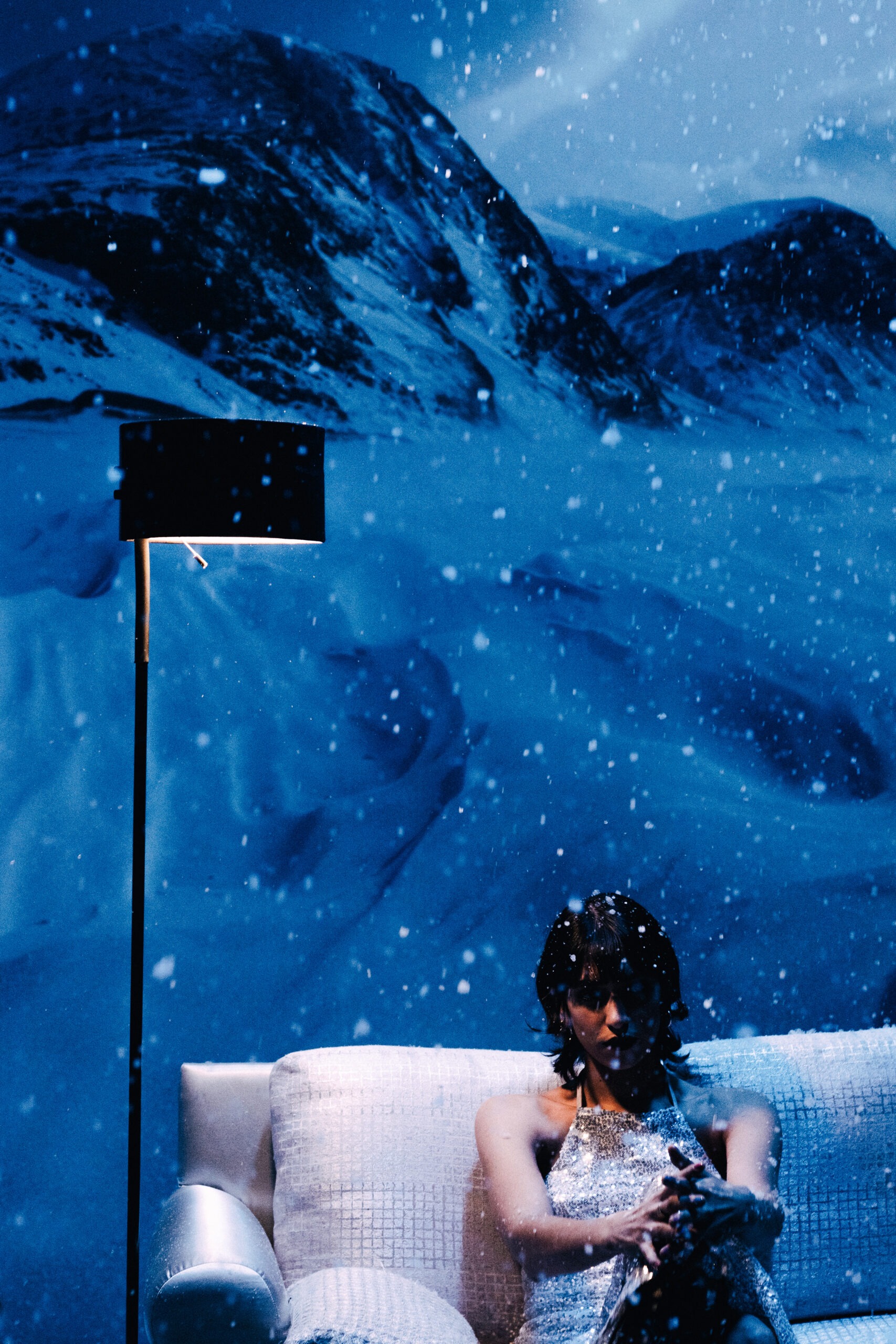 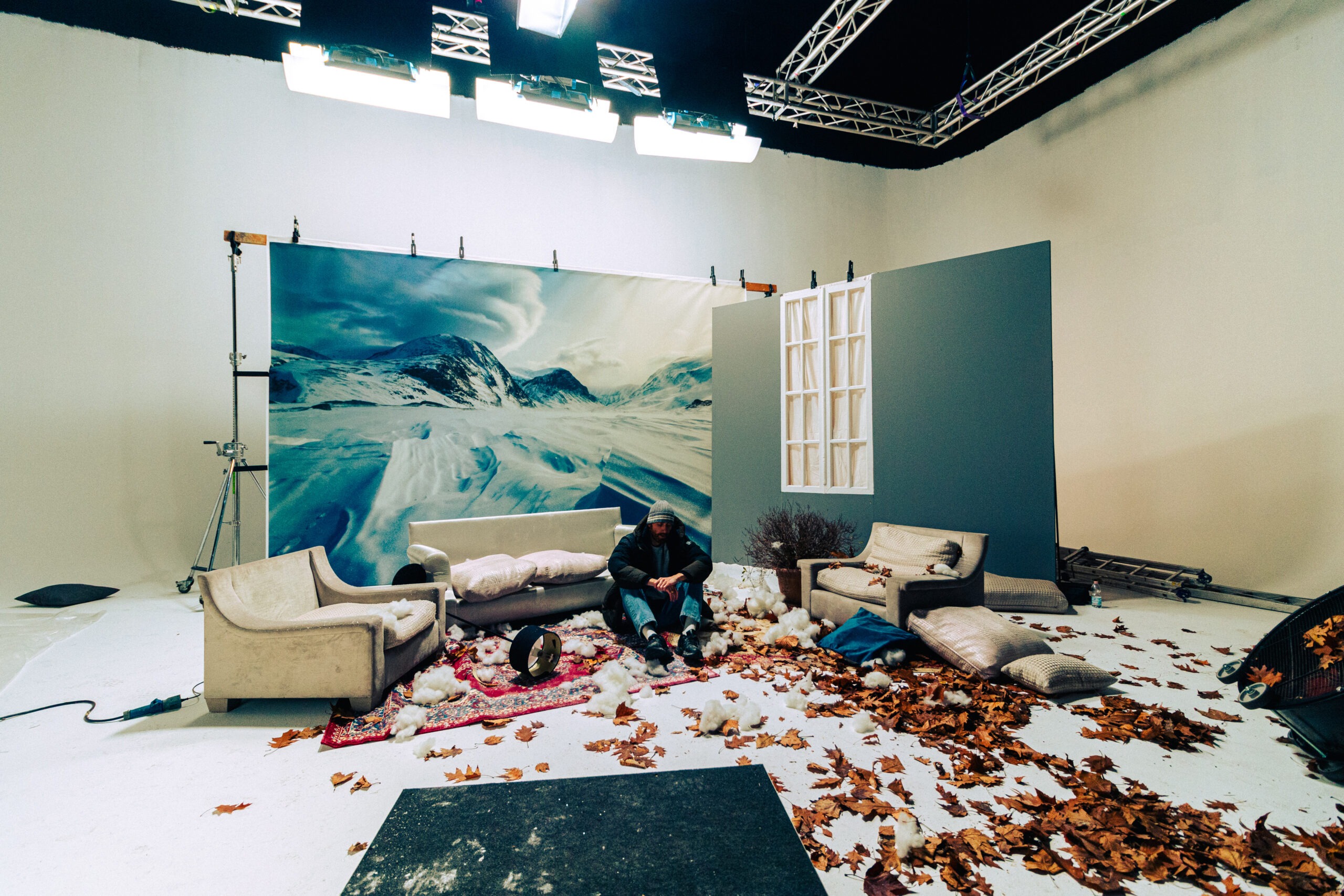 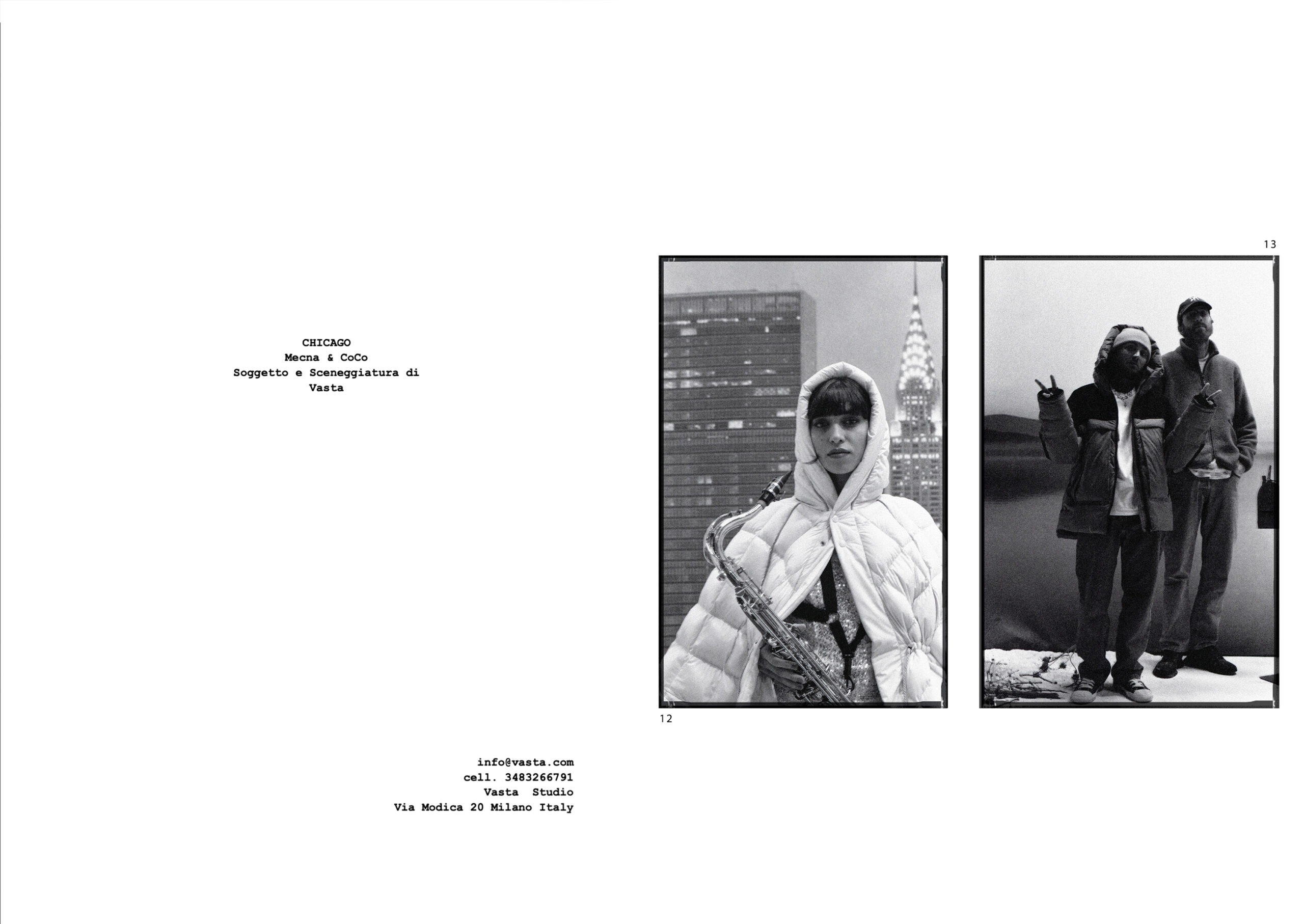 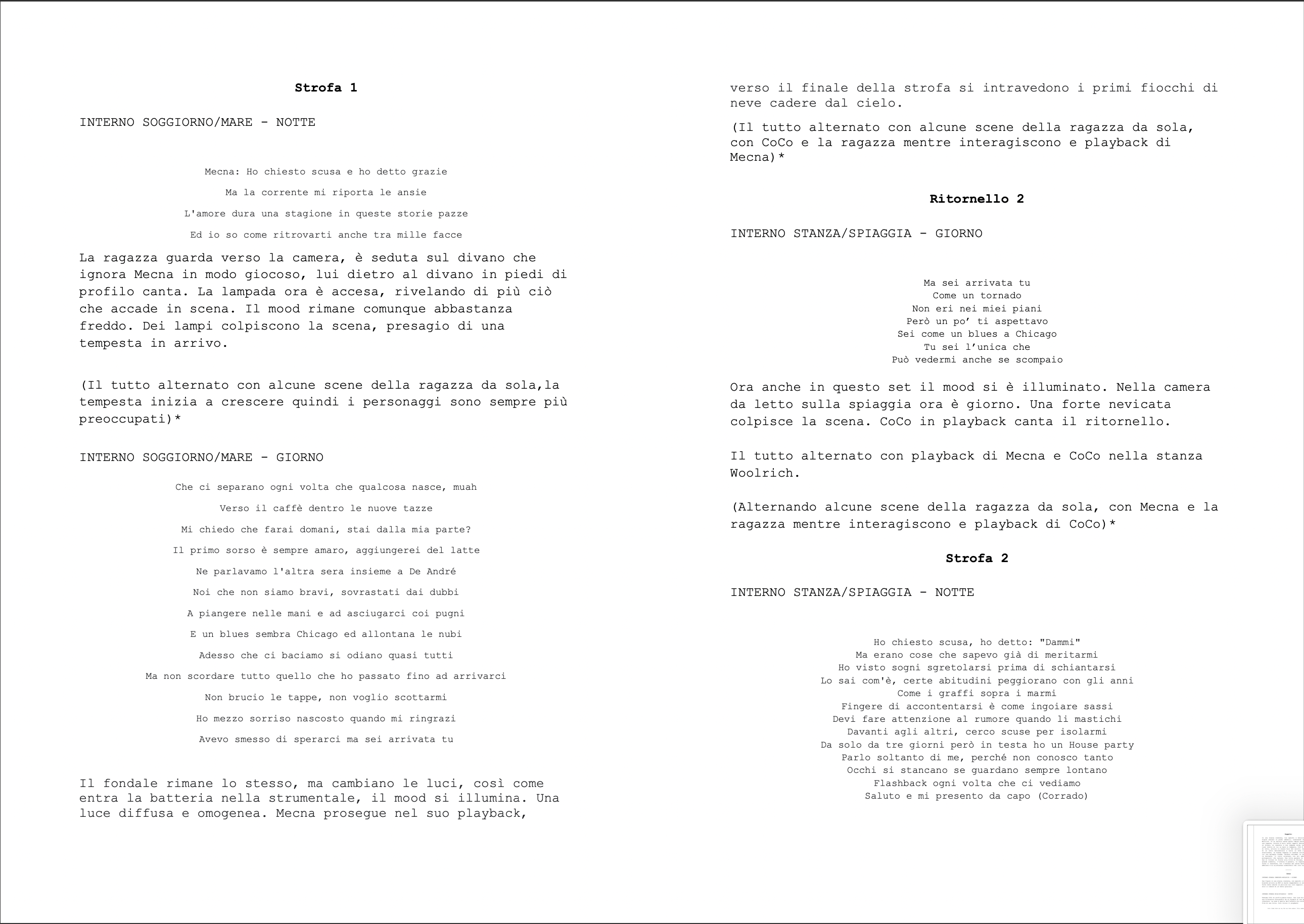 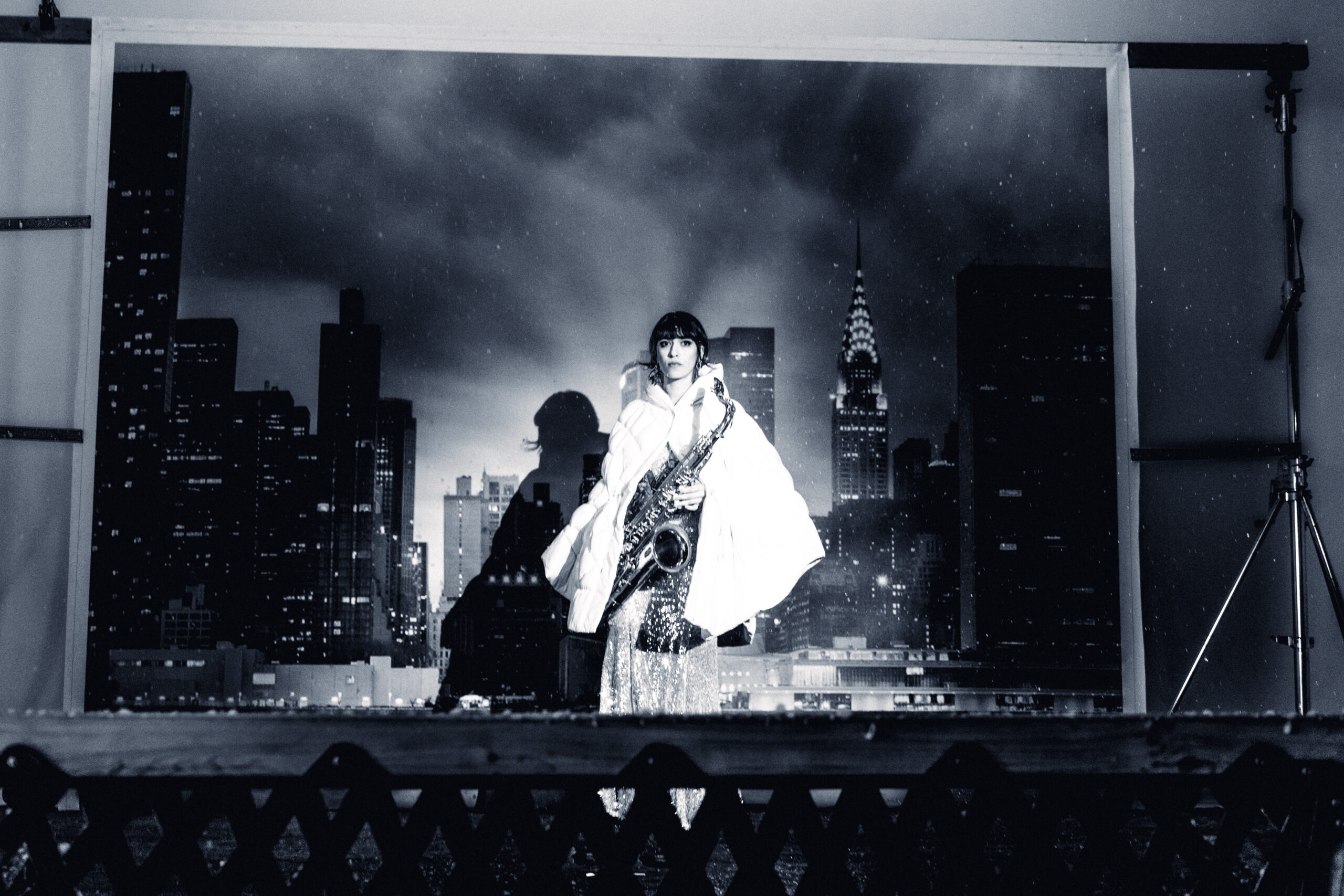 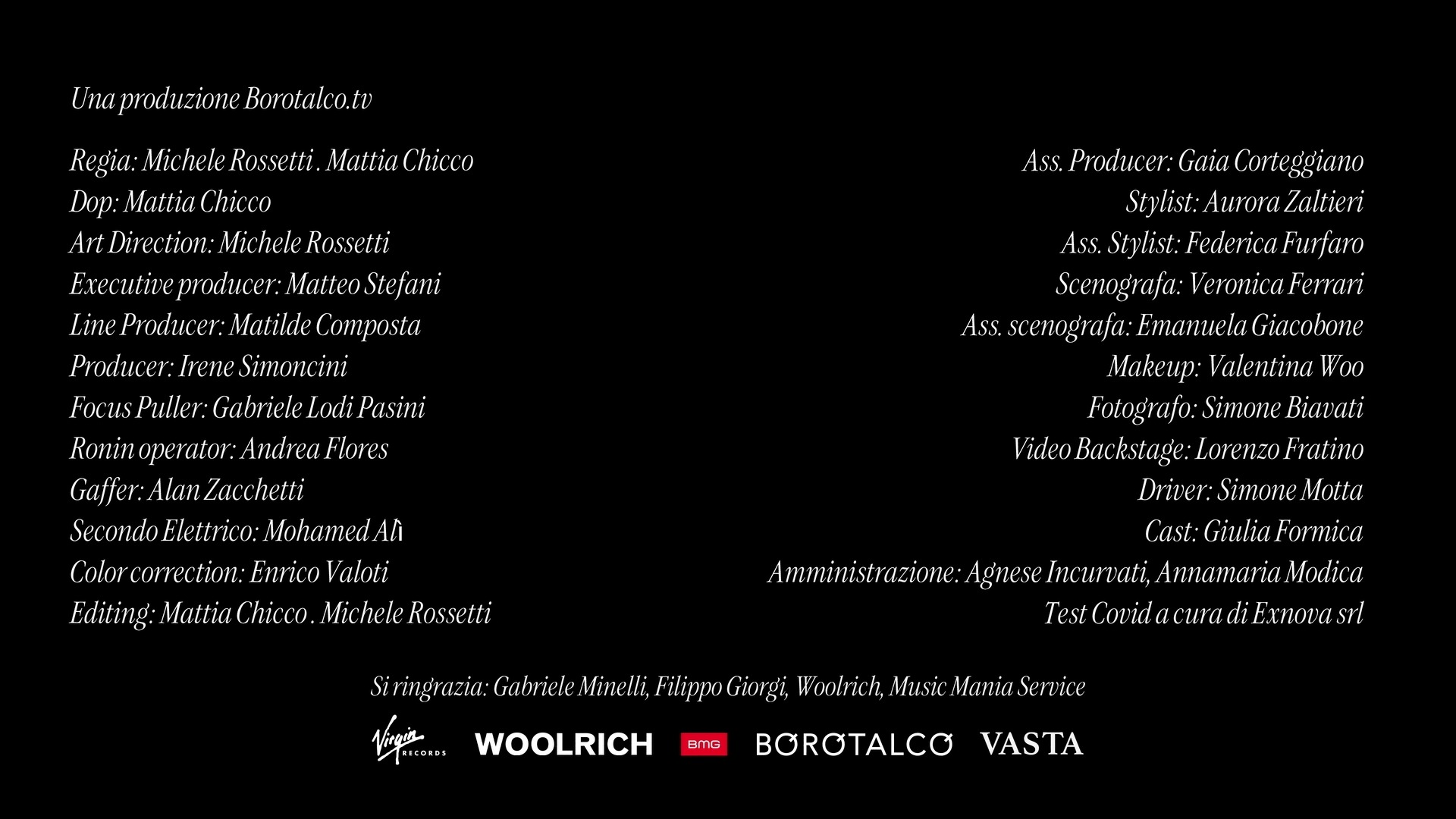